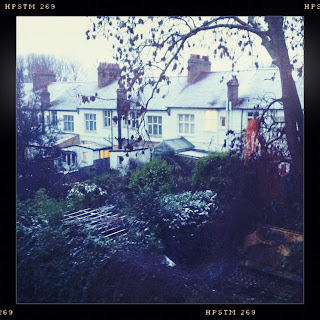 London has just been hit by the first snow of the winter, and I don't think we did too badly. I'll admit that some of the rail networks don't seem to be coping all that well but the roads seem to have been well gritted and most of the pavements I've seen today were clear.
I know that some people grumble at the first sight of the white stuff, but I actually love it. There's just something about looking out the window and seeing a fluffy of snowflakes falling from the thick, heavy sky. I was on a course this morning and there was a Starbucks round the corner, so while I waited for other people to arrive I sipped my huge hot chocolate and watched the weather from the warm indoors.
written by S. at 21:15 0 comments

I spent this morning taking some photos of the girls. I'm rather impressed with how the winter light turned out. 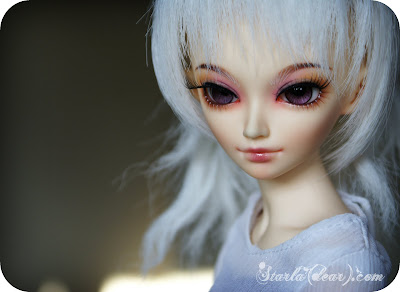 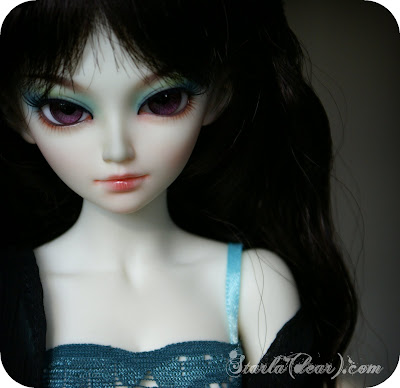 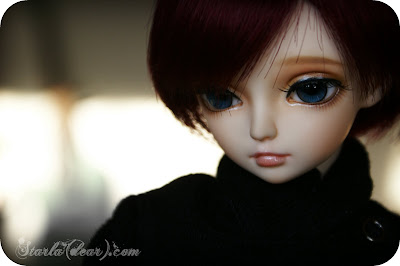 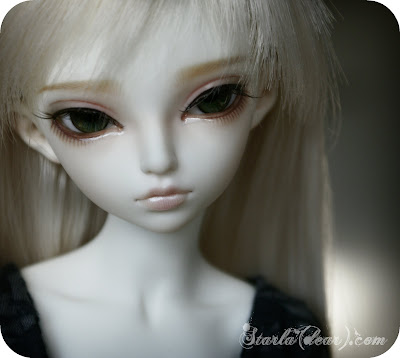 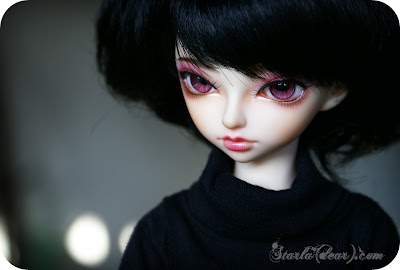 written by S. at 18:06 1 comments
about BJD, dolls, Minifee, photography

written by S. at 21:49 0 comments
about Christmas, food, London, lunch, this week 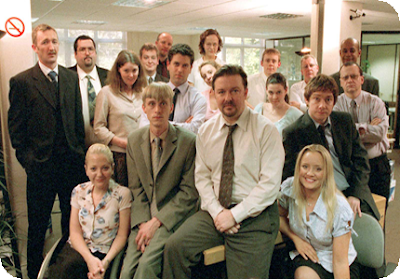 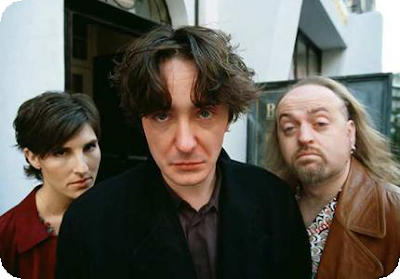 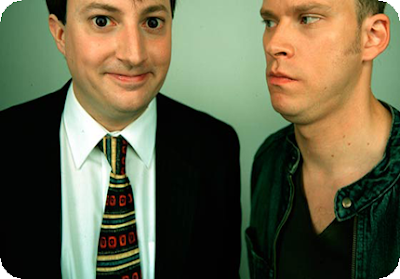 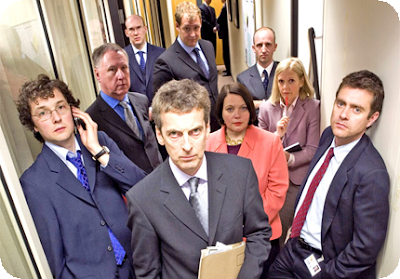 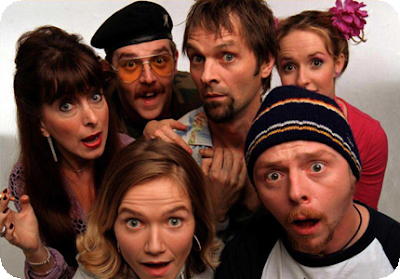 No. 1 - Spaced
'You are so blind! You so do not understand! You weren't there at the beginning. You don't know how good it was! How important! This is it for you! This jumped-up firework display of a toy advert! People like you make me sick! What's wrong with you?! Now, I don't care if you've saved up all your fifty 'p's, take your pocket money and get out!'
You're right, Tim. The Phantom Menace was crap.
I am so desperately in love with Spaced. I think it's perhaps the most perfect series ever created. The whole premise, boy meets girl, girl suggests that she and boy pretend to be a couple in order to rent a flat, boy and girl find themselves living with an alcoholic landlady and creepy artist, could have been so cliched and dry, but it is brilliantly executed. Tim is the bleach blond graphic novel artist who proves that geeky men are bloody hot and Daisy is the aspiring writer who will forever remain aspiring. Along with drunken middle-aged flirt Marsha, socially awkward abstract artist Brian, gun loving ex-TA member Mike, tactless fashionista Twist and Colin the dog, they are perhaps two of the most beloved characters in the eyes of Brit com fans. I love the show's subtle references to big Hollywood blockbusters and 90s culture (The first rule of Robot Wars is, you don't talk about Robot Wars!) and the utterly charming characters. And unlike a lot of comedy series, there's nothing too flash and wacky - it's just two friends trying to be successful creative types in London.
I've tried to pick out a favourite moment from series, but I just can't. It's all so amazing. Go and watch it.
written by S. at 20:08 3 comments
about Black Books, Brit Com, Peep Show, Spaced, The Office, The Thick of It, TV

I bought myself a new winter coat a few weeks ago and then the weather turned positively tropical on me. Today, however, has been deliciously cold, the fantastic kind of cold that makes your fingers tingle and allows for some funky layering. And so I got to wear my new coat. This makes me far happier than it should...
written by S. at 22:30 0 comments
about clothing, coat, winter

I've not just muddled with the colours, this blog has gone fancy!

I must say that I am hugely enjoying the tabs and the rounded edges. A huge shout out to hiver for creating such a lovely rich palette.
Starla(365). has also gone upmarket! 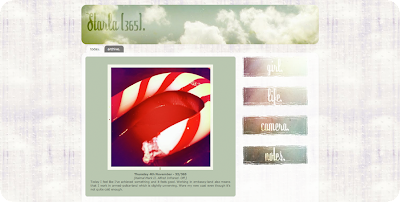 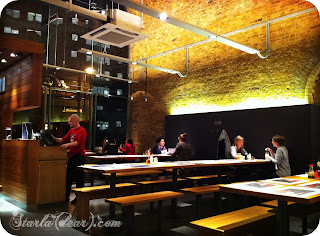 I was sent on a course this afternoon and was told to make the most of it and enjoy having an early finish. Once the course was over I rang Cardy who had just left his office. While he Tubed it over to London Bridge I went to my favourite German deli to stock up on condiments.
When Cardy arrived we headed over to Wagamama at Clink Street. I love that place, in the summer it feels open and airy, yet in the winter the yellow brick exudes warmth and comfort. Having indulged ourselves on katsu curry (me) and chu chee curry (him), we trundled home, smug with the knowledge that we didn't have to cook anything when we got there. I love spontaneous dinners.
written by S. at 20:59 0 comments
about Cardy, date night, food, life, London, Wagamamas

Words can't quite describe how much I want to hope on a plane over to the US to visit this enchanting little shop. The brainchild of Elsie, her sister Emma and friends Rachel and Holly, Red Velvet Art is a glorious mixture of handmade accessories, vintage goodies and delicious cupcakes and, of course, bubble tea. 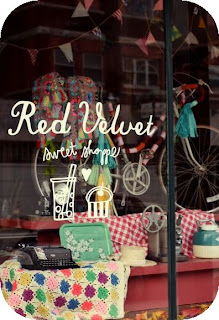 I don't really get much satisfaction from high street shopping - I get frustrated when I'm standing in a generic chain store and there is no character about the place. I'm always looking for the complete shopping experience, somewhere that feels welcoming and quirky, rich with brilliant little trinkets to be discovered. I think that's what I love so much about RVA, it looks like the kind of place where you can go and play dress-up.
I can't, however, see myself going over to the States anytime soon, so I shall have to make do with reading the girls' blogs. I shall definitely be keeping an eye on A Beautiful Mess to see what crafty ideas she comes up with for the holiday season, and From Scratch makes me want to crack out the food mixer and the cupcake cases.
Man, I wish I was more creative!
Images belong to Red Velvet Art.
written by S. at 21:30 0 comments
about crafts, cupcakes, food, online shops, Red Velvet Art, vintage
Newer Posts Older Posts Home
Subscribe to: Posts (Atom)
I sometimes dream of running to some sun bleached desert or green, dewy suburban wilderness and living like a character in a Coupland novel.
cinders & rain. is the online home of S., a twenty something living in London who loves geekery, Japanorama, feminism, literature, electronica, crafting and collecting whatever takes her fancy.